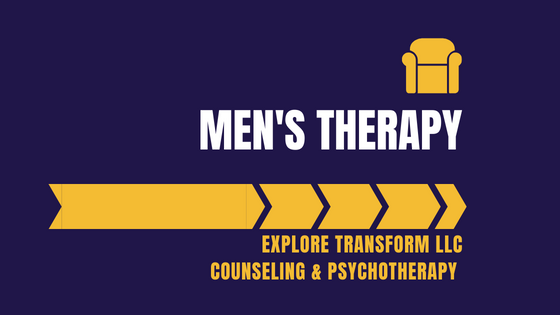 Reducing the harm associated with the male label

Does any of this sound familiar?
No matter how much you learn, you still lack confidence at work and at home.  This lack of confidence is experienced as a blank mind when you need it the most, and this sends you spiraling into despair, only making things worse.

Or perhaps, instead of a blank mind, your heart races so much that you fear you will collapse, or you press your nails into your palm as you long for a meeting to end. Alternatively, you cannot bring yourself to leave the house, or meet up with that group of people for fear of what you or they may think.

In all of these cases, anxiety has taken hold.  You are not incompetent, but the more you despair at this blankness, or racing heart, or urge to run out of the room, the less competent you will appear.  In work, at meetings and during presentations, or at home, with your partner, your kids, or both, your mind is stuck in fight or flight, and you have lost the ability to think clearly.

What images come to mind when you experience anxiety?
An M&A lawyer called Raoul sits in a meeting and his mind goes blank.  He sees himself as an airline pilot; one bad decision and (in his own words) he ‘could crash the plane, killing everyone on board’.  What a catastrophic image, and no wonder he is petrified.  But it is not the truth, and Raoul knows that he is not an airline pilot.  But his emotions tell him otherwise; the fear of failure is experienced as a catastrophe.

So what are you telling yourself about this situation?
What is Raoul telling himself that could fuel his anxiety?  Perhaps he tells himself that if he makes a mistake in this meeting he will lose his job.  Is he making assumptions and filling the gap where he lacks information?  For example, has he made any mistakes?  Do any of these mistakes warrant termination of his employment?  Is he assuming others will view even one mistake as seriously as his emotions interpret this (remember, he views this as a plane crash where everyone is killed).  Is he overlooking the fact that people learn from mistakes.  Is he under-estimating his own ability and over-estimating the ability of others?

There are so many different ways you can beat yourself up and make your anxiety worse.  And the irony is that the harder you are on yourself, the more likely you are to perform badly. How can anyone trust your ability if you cannot trust yourself?

Stuck on faulty beliefs
So Raoul realizes he is making assumptions in his meeting, and he doesn’t have all the facts.  Even when he starts to accept this, he still gets stuck on faulty beliefs that he holds about himself.  These are the types of beliefs that we have held onto for years, and for so long that we assume it is a ‘truth universally acknowledged’! (Jane Austen).  Despite evidence to the contrary, Raoul cannot escape the belief that he is ‘not good enough’.  This belief is faulty because it is overly-simplistic; it cannot possibly apply to every single situation, and yet it remains hanging around his neck, dragging him down every time he goes to a meeting, and every time he gets close to someone.

Do you reject parts of yourself?
Be honest: As you read this, have you grown impatient?  Does this impatience cause you to push uncomfortable feelings away, too afraid to sit with them for fear that they might overwhelm you?  Raoul would call this his Corporate Tyrant part, and he would use it to chastise himself for expressing any sensitivity, referring to his emotions as an inconvenience (at best) and something contemptible (at worst).

Eventually Raoul was able to speak to his Corporate Tyrant part and thank him for getting him so far in his career.  However, he acknowledged that the Corporate Tyrant seemed tired and perhaps needed to rest.  Once this happened, Raoul was able to articulate that he could see life needed a balance:  Yes, he sometimes needed the Corporate Tyrant, but he also needed some sensitivity, and he needed to listen more to the emotions he had neglected for so long (and which were trying to make themselves known through his anxiety).  In fact, by turning away from his emotions, these important sources of information, he had lost two important relationships.
​
How to soothe your anxious mind
The next time you find yourself in the grip of anxiety (whether it takes the form of a blank mind or an overwhelming urge to avoid all social interaction), soothe yourself by considering these four questions:


Get in contact today.
Latest blog posts about Men's Therapy

Men’s therapy is a chance for you to regain control of your life.  Left unchecked, issues such as anxiety and depression can destroy the things you view as important.

The trouble is, if you were given the male label at birth, you were probably discouraged from seeking help.

Don't make the mistake of trying to go it alone.  With the right sort of help, you can build resilience to weather the inevitable storms.  If you invest just a little time and attention, you can learn how to get even more out of your life than you have already.
If you experience any of the following, you should seriously consider psychotherapy –
​Book an appointment today.  We offer a free telephone consultation to help you work out the next step.
Chris Warren-Dickins & Men's Therapy
Chris Warren-Dickins specializes in working with men.

​Chris is author of Beyond Your Confines and Beyond the Blue, survival guides for depression, anxiety, relationship conflict, and trauma.

In 2010 Chris published qualitative research into male experiences of counseling and suicidal ideation, and Chris has since given radio interviews and published articles on men's health.  Chris has recently written a self-help book for men, and Chris offers training for survival of the male label.

Chris has been trained at an advanced level by Survivors UK to work with male survivors of sexual violence, and Chris is a Professional Affiliate of the Society for the Psychological Study of Men and Masculinities (American Psychological Association).  ​

​More about Chris Warren-Dickins LLB MA LPC
How can Men's Therapy help?
Evidence suggests that the best approach to psychotherapy responds to each person's unique needs.  Once we have carried out a full psycho-social assessment, we will integrate the best techniques to help you to achieve your goals.    This includes the use of Cognitive Behavioral Therapy ( CBT ), Mindfulness, and Eye Movement Desensitization and Reprocessing therapy (EMDR).

​Find out more about our approach to counseling and therapy.
More blog posts about Men's Therapy

Reach out today if you would like to book a free initial telephone consultation.
Fees & Insurance